A downloadable game for Windows

Play solo or with your friends (local multiplayer), as you invent word puzzles by combining images! EnigmAttic is a fun party game for ages 10 and up.

If you like games with visual clues and communication limits (like Charades, 20 questions, Mysterium, Pictionary, Taboo, Concept and Dixit), then this game would be up your alley!

The premise is simple: The Ghosts try to communicate a certain thing without directly saying what it is. The Medium places icons on a board, trying to pass the Ghost's word to the rest of the players, in an non-verbal way. The players attempt to guess the word within the time limit and the winner earns points until someone reaches the end-goal!

Enjoy 5 awesome modes!
• Single player: Solve the 60 enigmas as you learn how to create your own!
• Cooperative: Play as a team against the Ghosts. When you lose, they win!
• Tournament: Up to 12 players can pit against each other!
• Teams: Help your team as you fight against everyone else!
• Freestyle: Create your own words and even your own rules!
(the demo let's you play about half of the Single player mode)

Replayability: There are 3 tiers of difficulty, so that younger players and those unfamiliar with games, have a chance to play and have a good time. The game contains hundreds of words and almost limitless clues and choices.

EnigmAttic is a social game, fitting for newcomers. It evokes a familiar feeling, even if you don't play games. Try to play it in a big screen and you can have a whole classroom engaged as they try to interpret the meaning of the icons. Yes, this game can accommodate up to a dozen teams!

Communication is one of the most basic human functions. And in this game you will re-learn how to convey your thoughts, using the universal icons, your imagination and your creativity!

Play the single player demo on your browser
by clicking here! 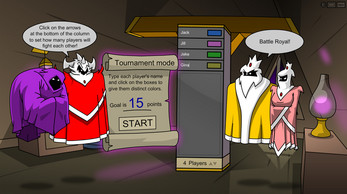 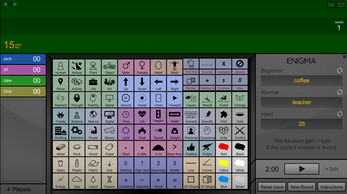 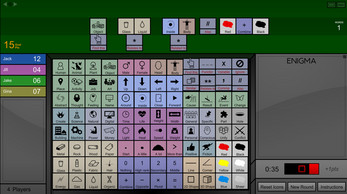 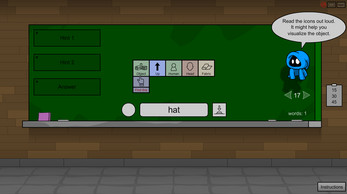